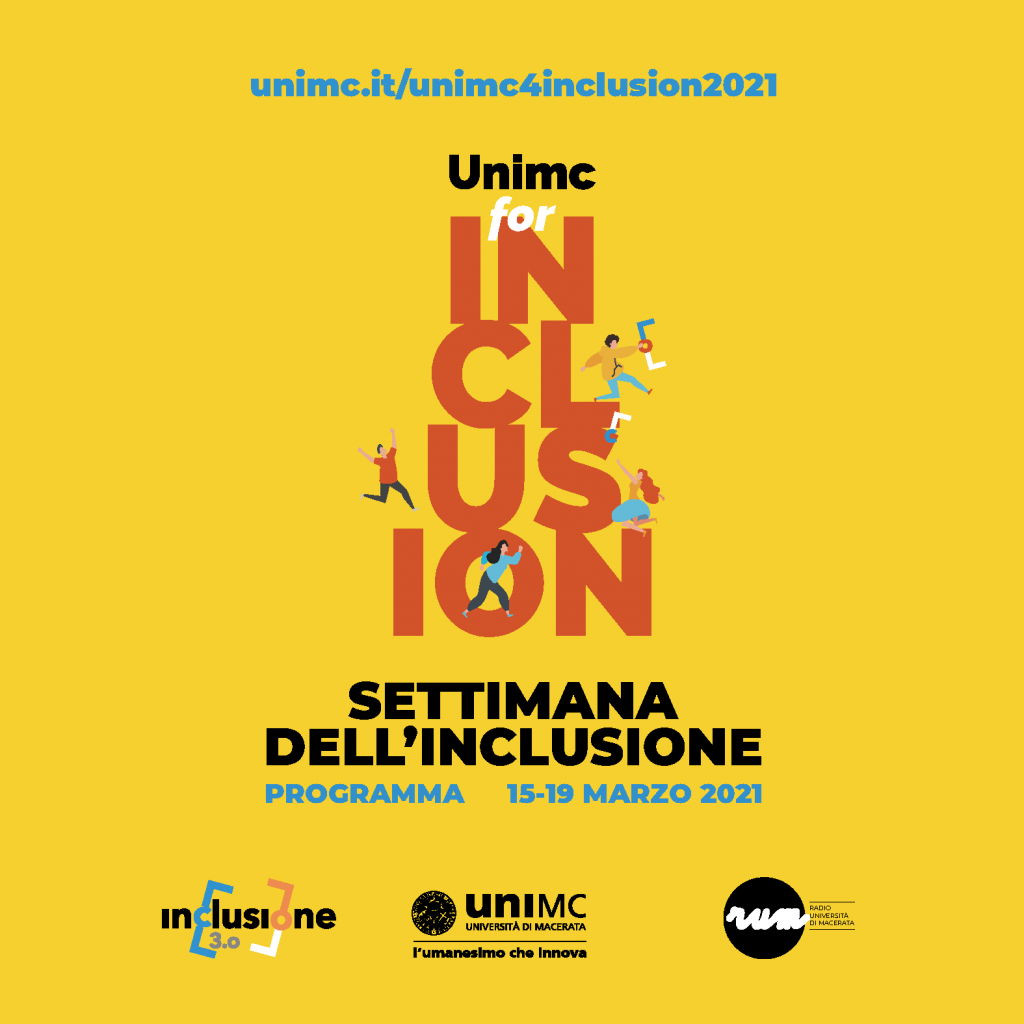 Dr Pablo Romero-Fresco, director of GALMA, has been invited to participate in the Settimana dell’Inclusione 2021, organised by the University of Macerata. The event is to take place online between 15-20 March 2021, and Pablo will talk about creative media accessibility, together with Elena di Giovanni, from the University of Macerata. Their session will take place on Tuesday, 16 March, from 6pm to 7pm (CET).

Should you be interested in attending, please have a look at the conference programme.

Two contributions from the members of GALMA, namely Nazaret Fresno, Hayley Dawson and Pablo Romero-Fresco (director of GALMA), have just been published online. They will appear in one of the forthcoming issues of the international journal The Interpreter and Translator Trainer. Read on! 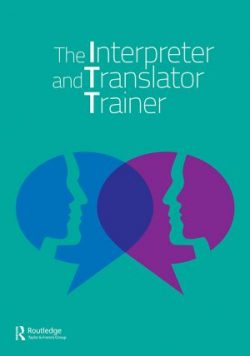 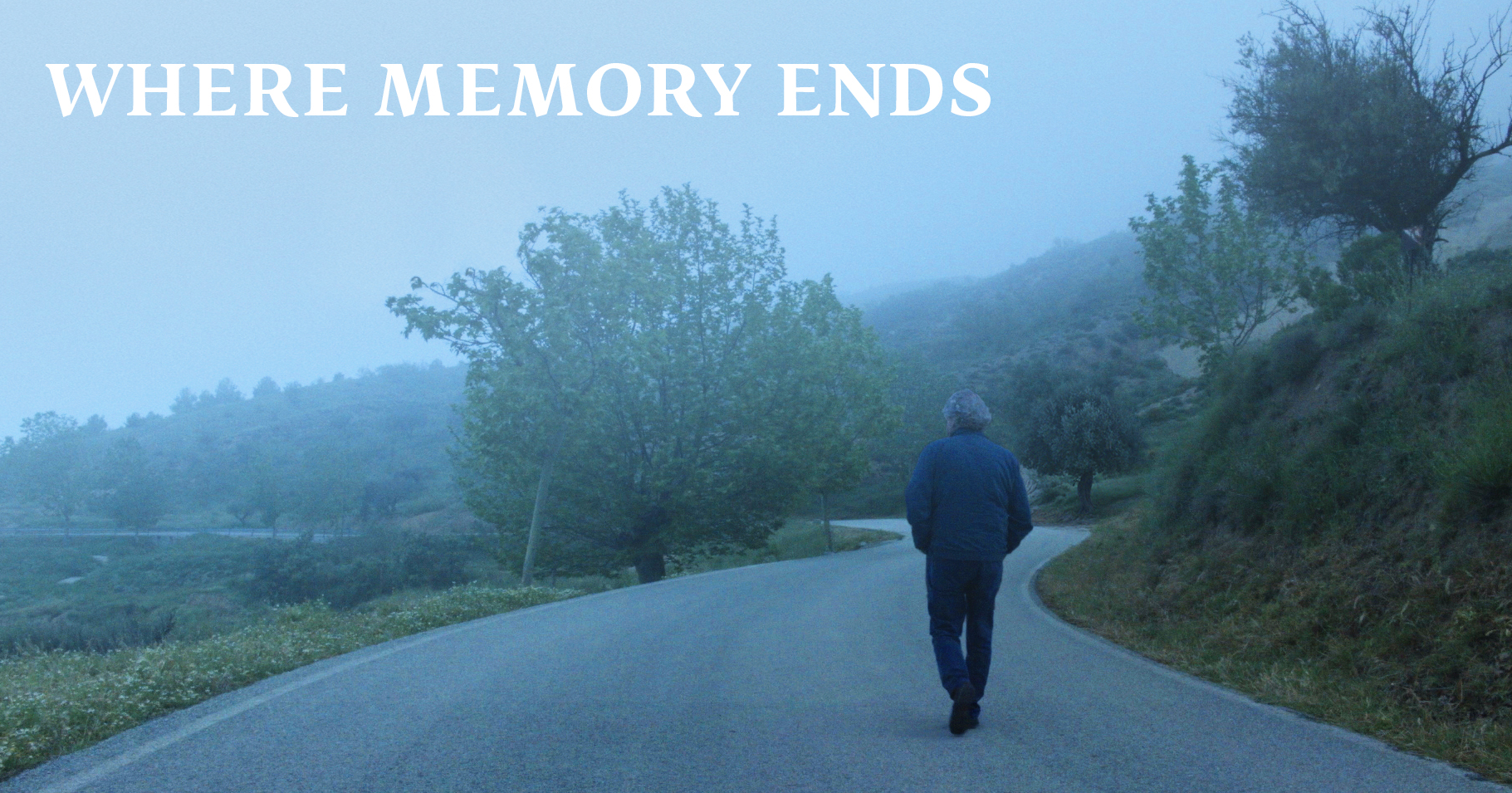 ESIST, the European Association for Studies in Screen Translation, has just published a collection of guidelines and policies for subtitling, SDH, dubbing, voice-over and audio description. These include the guidelines produced by the ILSA project team, led by the GALMA research group, for the implementation of speech-to-text interpreting on television, in live events and in educational settings. Moreover, the guidelines for respeaking at live events, by Zoe Moores, member of GALMA, are also in the list, whereas those of the NER model will be included shortly. 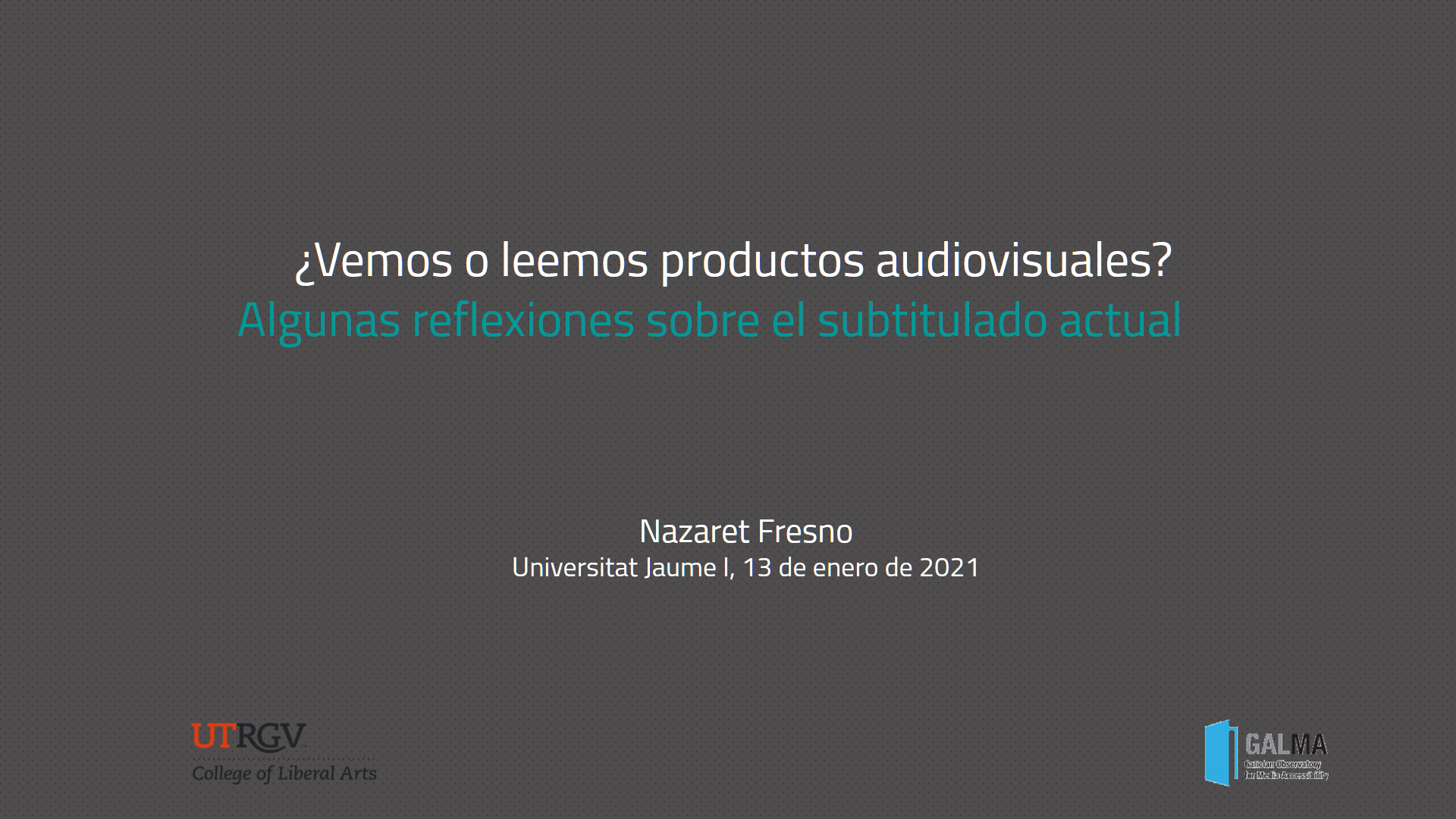 Dr Nazaret Fresno, member of GALMA, has recently given a workshop to students of the BA in Audiovisual Communication of the Universitat Jaume I (Castellón, Spain). The seminar, entitled “¿Vemos o leemos programas audiovisuales? Algunas reflexiones sobre el subtitulado actual”, revolved around general considerations about research and professional practice, with particular emphasis on live subtitling. It aimed to give students an overview on that area in order for them to better understand the current challenges in terms of quality, and how academia can help provide better accessibility services.

Read more GALMA participates in an event on audiovisual translation

LEAD-ME brings together 28 countries to create a platform which, during 48 months, will create and share innovative solutions, best practices and guidelines towards designing tools for European citizens of all abilities. It is funded by the Horizon 2020 Framework Programme of the European Union.

Read more GALMA participates in an event on media accessibility

Dr Pablo Romero-Fresco, director of GALMA, and Dr Nazaret Fresno, member of the said research group, have recently participated in the 7th Internationl Symposium on Live Subtitling and Accessibility. This event, which was organised by Universitat Autònoma de Barcelona and held online on 5 and 6 November 2020, is an important meeting point for professionals, users, trainers, and researchers on Translation Studies and Media Accessibility.

Pablo and Nazaret participated with their talk entitled “Assessing live subtitling quality across languages and cultures: Internationalisation vs national adaptation of the NER model”.

EASIT (Easy Access for Social Inclusion Training) is an EU funded project that aims to create training materials for experts in these fields. During the event, we will report on the results of the project stemming from Intellectual Output 4, as well as on the strategy proposed for Intellectual Output 5. Furthermore, feedback on the draft materials that have been developed so far is sought from the participants, as a sort of evaluation.

The programme also includes speeches on topics that are cutting edge and that will be approached from different perspectives, be they the view of the end-users, trainers or practitioners. During the networking sessions, which will be held via dedicated forums to each specific talk, participants will have the opportunity to give feedback on the training materials that are being elaborated, as well as to exchange their views and ideas on current developments in the field. Forums will be moderated during the day of the event and until October 19th.

Dr Pablo Romero-Fresco, director of GALMA, has recently participated in several events on audiovisual translation. He was invited as a plenary speaker to the Translation & Localization Conference, which took place in Warsaw (online) on September 25th-27th, where he gave a talk on interlingual respeaking. Pablo also participated in the Jornadas TRAVLOC, dedicated to translation and accessibility in the cinema, performing arts and museums. In this event, which took place on September 28th and was organised by the Autonomous University of Madrid and the Complutense University of Madrid during the opening day of the MA in Audiovisual Translation and Localisation, Pablo participated with his talk entitled “Del cine inclusivo a la accesibilidad creativa”.

Rocío Varela, GALMA’s PhD student, has been responsible for creating the subtitles of the film “Ons”, the first creative subtitles under the accessible filmmaking model in Spain, with the supervision of Dr Pablo Romero-Fresco, director of GALMA. A sample was presented in the Festival de Cans 2020, where Pablo was invited to give a talk together with Alfonso Zarauza, director of the film. The discussion revolved around how accessible filmmaking, understood as the integration of audiovisual translation and accessibility as part of the filmmaking process, often involving the collaboration between the translator and the creative team of the film, was applied in the production process of the film. The event was attended by several filmmakers, producers and the Secretary-General of Linguistic Policy of the Galician Autonomous Government, Valentín García Gómez.