Pablo Romero-Fresco, director of GALMA, has just returned from Turin (Italy), where he was invited to attend the TorinoFilmLab (TFL) – FeatureLab 3rd Workshop and Meeting Event, which took place between 19-24 November 2019 in parallel with the Torino Film Festival. Pablo hold a lecture on accessible filmmaking and subtitling, organised with TFL’s partner Sub-Ti.

The TFL Meeting Event is the annual showcase of the projects, talents and films developed at the TorinoFilmLab, featuring a global co-production forum for independent original or adapted feature films (with a focus on emerging directors), and a presentation of the professionals trained within the scheme. It is also a moment to reward the best projects with awards and production grants, the TFL Production and TFL Co-Production Awards, as well as collateral prizes. 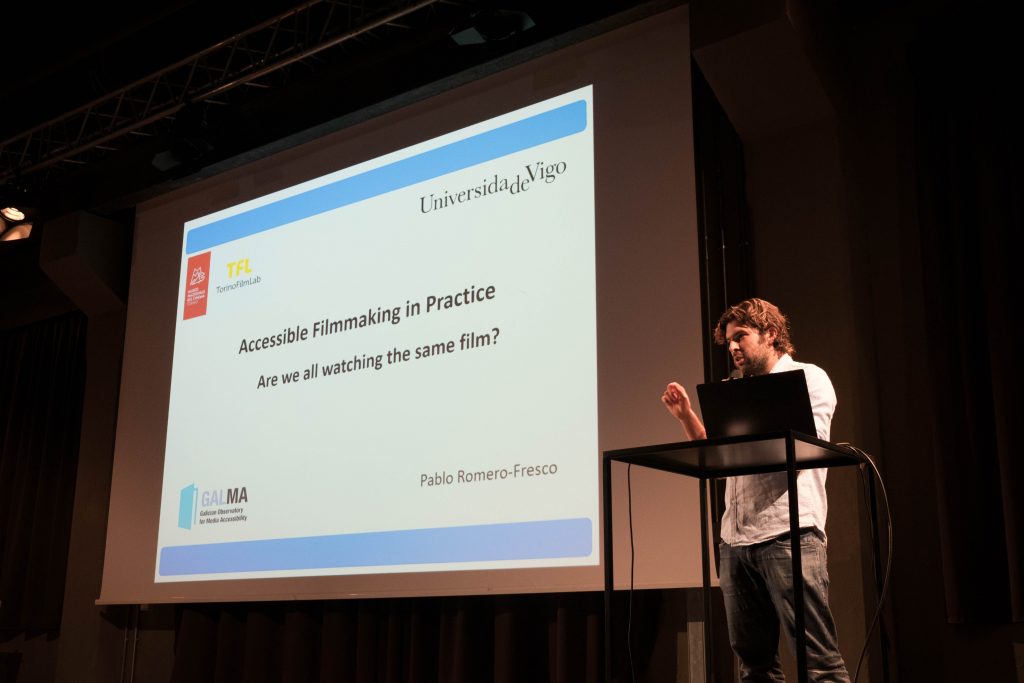